There’s a lot of talk about passive vs nonpassive income when it comes to classifying income types.

It’s important to distinguish both types of income since they both have their own characteristics and tax rules. The most obvious distinction between the two is that passive income is earned via property or from any kind of business or activity that you’re not directly involved in. This is quite literally the opposite of nonpassive income which requires direct involvement of individuals.

However, there are a number of other things to keep in mind while distinguishing the two and that’s exactly why we’ve created this post.

To ease the process, we’ll be discussing the differences between passive vs nonpassive income to help you develop a better understanding of the subject.

What is Passive Income?

As discussed, passive income is any kind of income that you’ve earned or accumulated from rental activity or any other business endeavor that doesn’t require you to participate materially. For instance, if an investor profits from an online business but isn’t an actively participating in running the said business then their source of income would be classified as passive income. Some other popular examples of passive income include:

The most prominent advantage of passive income is that you

What is Nonpassive Income?

Nonpassive income, also classified as active income is a type of income that requires direct involvement. This includes wages, income generated from any kind of business activity or investment. In simpler words, non-passive income is the exact opposite of passive income type.

Nonpassive losses include losses that a business incurs by active management. These losses are deductible and are dealt with differently in terms of tax. A few examples of nonpassive income include:

Passive income options allow investors to avail maximum advantage over tax deduction.  This is primarily because when you claim loss on passive income, your deductions are offset against tax claims.

Another notable advantage of passive income options is that taxpayers can group all their passive income avenues into a single large unit. This ultimately means that the IRS will not consider material involvement for each activity individually. Instead, these avenues will be grouped to a single economic unit, making it easier on the taxpayer.

Setting up multiple streams of passive income can be the smartest move you’ve ever made. Having multiple streams of income secures your financial standing which eventually leads to better quality of life. In the long run, opting for a passive income avenue could be more lucrative since you’ll basically be making money in your sleep. This’ll give you more time to focus on other productive tasks.

To make things easier, here are a couple of ways to generate passive income:

It’s almost impossible to talk about passive income without mentioning property income since it’s practically the most profitable form of earning passive income.

Any income that’s generated from residential or commercial property qualifies as passive income. However, there are a few considerations. For instance, if you’re real estate professional whose job revolves around selling and buying property then your earnings won’t be considered as passive income.

While this method of earning has not been strictly listed as passive by the IRS, you can certainly make a claim in case the value of the property depreciates.

This is a unique situation that might take place when you gain passive income via a business venture where you have not participated actively.

All in all, individuals can use many creative methods to earn passive income to generate extra revenue.

We hope this detailed guide has helped you understand the primary difference between passive and nonpassive income. If you’re hoping to multiple income streams, check out our guide on passive income strategies! Happy learning. 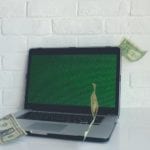 Best Passive Income Opportunities: All You Need to Know 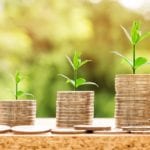 What is Residual Income? 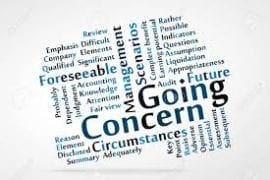 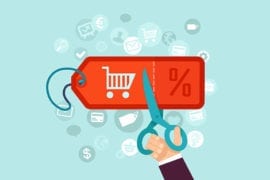 What is MAP Pricing or Minimum Advertised Pricing? 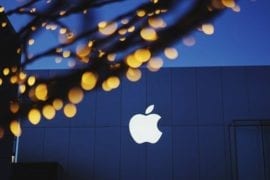 Business Model of Apple – How does the Trillion-Dollar company make money?