We will use a number of Mandela Effect examples in this post to explain this truly bizarre concept. It occurs when a number of unconnected people, end up recalling a nonexistent event being identical to another. Or in other words, a type of false memory.

What is the Mandela Effect?

The Mandela effect is a form of confabulation, a term that is used in psychiatry to describe memory disturbances. Though the internet term was described in 2010 by Fiona Broome, an internet enthusiast.

BigThink also has this to say regarding when the Mandela Effect became popular:

On December 5th, 2013, when President Mandela died, a large number of people around the world found themselves thinking they were sure he died much earlier, while in prison in the 1980s. These people found each other online and the Mandela Effect was born.

A lot of people, commonly strangers claim to have experienced a particular event, with specified details that does not exist in history, newspaper archives, or the history books.

It is very important to specify what the Mandela effect suggests, if it isn’t just a bizarre delusion. Essentially, it is an effect that does not have a cause. Well, how can there be a memory of something that never existed in the first place?

It goes against every perception we have about a clear memory that is recalled by us, which in reality does not exist. In fact, it is not even real or true in the first place.

Simplifying it further, The Mandela effect is nothing but a disturbance of memory, known as confabulations produced by our unconscious minds leading to misinterpretations of the world or oneself.

The explanation of the Mandela effect can get frustrating. Although there are several Mandela effect examples to help explain things out a bit. Just like the story of Sinbad from a genie movie, who claimed to have seen Nelson Mandela’s funeral on TV before it even happened.

Or Leonardo Da Vinci’s painting, “The Last Supper”, which had goblets in it and many other just like that!

Serving as assertions, these Mandela effect examples are limited to our understandings about ourselves. Such claims can be very dangerous at times, but not necessarily false.

Since there aren’t many detailed discussions about them, they are proven to be delusions mostly, eventually collapsing.

If a person is detrimental towards keeping the things in the universe just the way it is, there is one valid explanation of the Mandela effect examples. Moreover, aliens are not a part of it.

A lot of people claim to be the abductees of aliens, showing image proof and films that never existed while being on board on an alien aircraft. Could this Mandela effect be memories on the aircraft that are suppressed, from the time when they were on board with the aliens?

While there are several extraterrestrial explanations proving these Mandela effect examples, they do not provide any cause to the effect. Making it a trap that is inevitably indefensible, lacking precision and evidence.

These Mandela effect examples are living proof that it might and might not exist, so let us take a dip into these examples and see it all for ourselves.

One of the most cited Mandela effect examples which took off the internet and Reddit like a hurricane. A number of people remember the very famous book BerenstEin Bear for children, but in reality it is BerenstAin Bears. Shocking isn’t it?

Sex in the city is sex and the city

It might be very difficult to grasp the fact that the very famous classic show’s title is Sex and the City and not Sex in the City! Even the very religious followers of Carrie Bradshaw fail to remember it

Admit it or not, but most of us have had our embarrassing Darth Vader moments. Uttering the famous words “Luke.. I am your father”, by cupping our mouths with our hands. While the actual wording is “No, I am your father”.

The very famous character of Star Wars has also been victimized by the Mandela effect. This lovable drone is a tad bit different from what we all remember it as. It is not all gold, but instead it has a leg made of silver.

Monopoly has been the core of fight and tension between families for centuries. Nevertheless, we picture the face of the character of the board game with a monocle. But in reality, Rich Uncle Penny bags has a 20/20 vision figure.

The bug eyed extraterrestrial character does not say “ET phone home”. He says “ET home phone”, and no matter how wrong it sounds, it is what it is.

Erno Rubik is the creator of Rubick’s cube, or let us just say Rubik’s cube? Basically the correct spelling most of us probably just realized!

The tip of Pickachu’s tail is not black!

Kids love Pikicahu and there is no way in hell they can be wrong about their favourite character. Unfortunately, they are or maybe they aren’t! They remember him as the character with a black tail, but if you look at him now, there is no such sign. It’s like it has vanished into thin air.

KitKat does not have a hyphen between the two words!

Everyone’s favorite crunchy chocolate wafer is not called Kit-Kat! It is KitKat, without the dash in between the two scrumptious sounding words!

Curious George does not and did not have a tail!

claiming to have seen a tail on curious George was all just a false assumption because in reality he is tail less. If you look at his recent pictures, you will realize what he actually looks like!

The most delicious chicken in the whole wide world was never called “Chic Fil A” or “Chik Fil A”. It has always been Chick Fil A. It is astonishing how most of us did not know that, considering how commonly it is eaten. 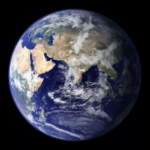 151+ Questions that Make You Think About Your Existence 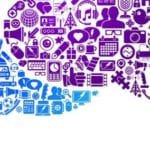 21+ Communication Barriers Examples in the Workplace 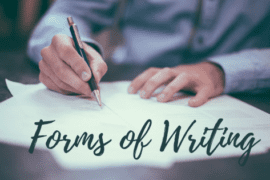 Forms of writing: Different styles with their exclusive significance 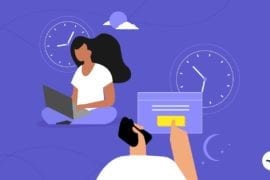 Asynchronous Communication: How does it help the corporate sector? 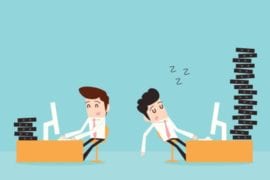 6 Basic Drivers Behind The Theories of Motivation